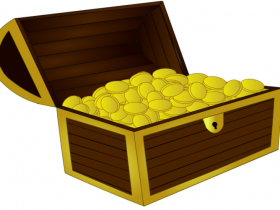 The idea of the ninja in popular culture is that of a hidden warrior, often with mysterious motives and abilities and trained in a distinctively Asian style of flowing combat. Ninjas have been a part of history for hundreds of years, but they gained popularity in the global culture during the ‘80s.

Their exotic fighting methods and unusual weapons (like nun chucks and throwing stars) still make them an enticing subject matter for works of fiction, and ninjas appear regularly in films of all kinds.

Are you looking for some great ninja movies to scratch that particular itch? Here are some of the best ones coming in 2022.

Rise of the Teenage Mutant Ninja Turtles: The Movie

There’s another Ninja Turtles movie headed your way, and this one is animated (see Netflix). There hasn’t been a theatrically released animated movie since 2007 TMNT, but there is a new one headed to DVD in 2022 starring the original four turtles, Raph, Leo, Mikey, and Donnie. This time, they’re battling an alien invasion and saving the earth once more. This movie is an origin story for the turtles, so it’s a good jumping in point for anyone who’s not very familiar with them or who hasn’t kept up with the turtles. If you’re a longtime turtles fan, there should be something new for you here as well, as the mythology is given a good shaking up to make it feel fresh.

Batman: The Long Halloween was one of the most critically acclaimed Batman animated movies in recent years, and it’s being re-released in a premium edition later this year. It’s coming out on October 12th, in time for Halloween, according to Looper.

In this film, Batman is tracking a serial killer, getting closer and closer to catching him with each murder. He’s also dealing with the Falcone crime family and working together with Commissioner Gordon to figure out who the Holiday Murderer is. Batman has to use his investigative power and his ninja training to solve the case. For people who like their action heroes sneaking about in the dark and using exotic ninja weapons, this one should definitely be on their radar.

This animated movie is another 2022 release, and it’s being written and directed by The Ninjai Gang. It follows the quest of the small boy who has no name, and who’s trying to discover where he came from. While he has many of the characteristics of a child, his powerful ninja skills make him a formidable warrior. On his adventure, he meets many interesting characters while exploring breathtaking environments.

This is the kind of ninja movie you can watch with your kids, and adults will get a kick out of it too because of its tightly choreographed ninja action. Its exploration of themes of identity and purpose in the world makes for a fascinating and thought provoking film. Watch the Ninjai movie here.

These are some of our top choices from ninja films coming later this year, all of which are animated and all of which should have incredible ninja action.

For more movie ideas, check out this article – https://eweb4.com/new-animation-movies-to-watch-out-for-in-2022/

The Future of Television and Video Industry 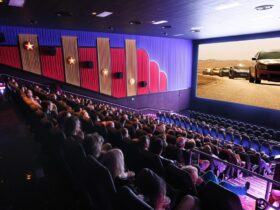 Why ‘Book the Cinema’ is Revolutionizing the Cinema Industry 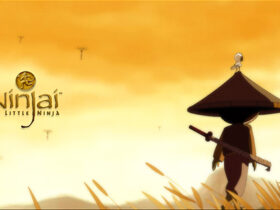 New Animation Movies to Watch Out for in 2022

New Animation Movies to Watch Out in 2022